Global warming leads to the climate change that fueled and strengthened Hurricane Harvey to deliver unprecedented rainfall and near Biblical floods. Too much water came far too fast, and Hurricane Harvey has truly “messed with Texas.”

Whether for life or transport, water is key to our survival. So populations have always gathered primarily at the water’s edge. But what happens when the water’s edge moves inland?

At the end of the Pleistocene, as the ice sheets were melting, sea levels rose rapidly. Land bridges disappeared. Lowlands were flooded and eventually drowned. As the water rose, the ancients lost land, livelihood and access to each other. Driven from their lands, many migrated to new territory – territory already occupied by others. Disputes, battles and wars broke out. Brutality and lawlessness reigned as these “barbarous” lowland tribes sought refuge on higher ground. Eventually, the seas and temperatures leveled off and land ownership stabilized – more or less.

Control of territory seems to be a primal instinct with us. But humankind is now overrunning the earth. More and more lowland and wetland areas are densely populated. Greed and the urge to “drain the swamp” increasingly overrule science, respect for nature and common sense.

Some humans in lowland areas have learned to expect and manage the invasion of the seas. They’ve built seawalls, channels, levees, pump systems and other improvements, to control the flow of water. 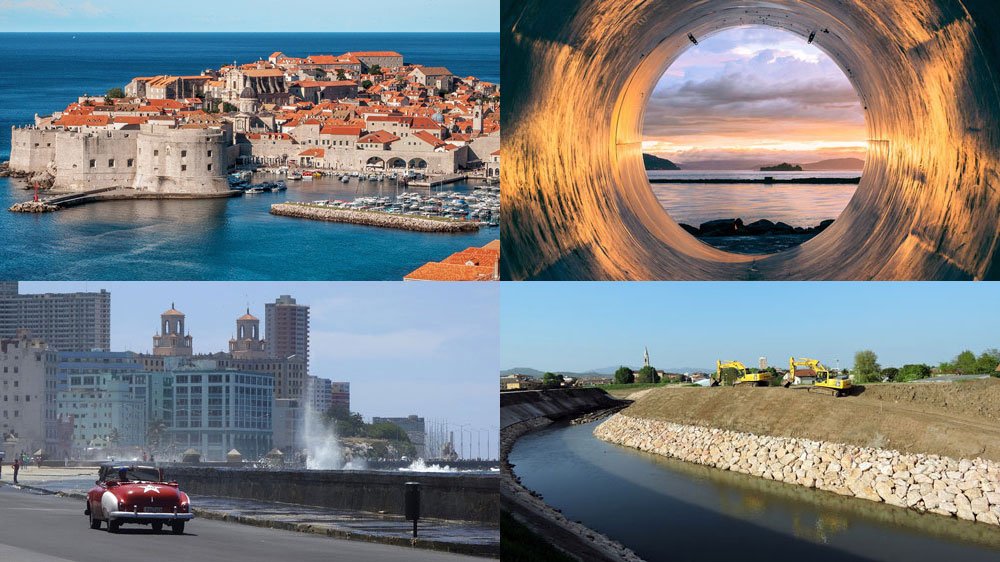 But now we are heating things up again and it seems science, respect for nature, and common sense have not acquired the priorities they deserve – indeed mandate.

Projections about how much warmer waters increase the intensity of hurricanes have ranged from 5 – 50%, with an average of 30% per degree centigrade, depending on location. Warmer waters result in more evaporation and what goes up must come down – either as rain or snow depending on the season. Rain and rising sea levels mean more tidal surge and flooding. Deltas, wetlands and barrier islands that can provide a buffer from tidal surge have been compromised or destroyed entirely. Hurricanes, which usually lose their strength over land, are maintaining their power and causing more devastation. These storms should not be considered as 500 year events but a warning of what is to come.

The cost of all this to lives, property and the economy is enormous. One only has to look at the most recent U.S. storms; Sandy, Katrina and now Harvey. Looking globally, the story of devastation is naturally the same. Even as I write this, heavy rainfall and floods in South Asia have killed more than 1,200 and are are impacting 40 million people across India, Bangladesh and Nepal. This is also directly related to global warming, the melting of glaciers and climate change.

In China, they have built mysterious, empty, inland cities, where wealthy Chinese are buying apartments. Why? Some believe these were just make-work projects. I think they were built in anticipation of sea level rise and surrendering the coastal cities back to nature.

So What Is To Be Done About Flooding?

If I were asked here is what I would recommend:

Climate change is real. Sea levels are rising and devastating storms are going to continue, with greater frequency. We need to get out of denial and start planning for the future.