In chaos theory, The Butterfly Effect says that a butterfly beating its wings over Peking today will cause a thunderstorm over New York in two weeks.  In other words, every little thing we do has potential to affect great change that reaches far beyond ourselves.

Years ago a roommate saw me catching gray-water at the kitchen sink.  She asked, “What are you going to do with that?”  I said, “I’m going to go put it on the garden, or any plant for that matter.  It’s imperative to save water – even when we are not in a drought.”

“What makes you think your little act can save the planet?” she scoffed.

Then she told a friend, “You won’t believe what she is doing now.”  Well, it just so happened that that friend managed several up-scale homes at Lake Tahoe.  She liked what I was doing and started implementing it at the houses she managed.  Then, it just so happened that the owner of one of those houses was a school teacher in San Francisco. She thought it was such a good idea that she started teaching it to her students.

I’ll say this for my roommate – she came back and told me about this and admitted that she was perhaps wrong – or at least, a little judgmental.

HERE: Susan – explain how this story relates to/ is an example of –  the Butterfly Effect.  And we need to credit the guy who coined the phrase?

As humans, we make conscious choices. We can choose to be better stewards of the planet by being aware of the production, consumption, use and disposal of all the stuff we “need.” As Conscious Butterflies, we know our choices affect our environments and our good actions can go a long way.

So, let’s hope these tips help to save the planet (and some money), catch on and spread.

Tucker’s story – Tucker escaped what might have been abuse to end up in the animal shelter only to be adopted into a situation where he was severely injured. When that owner bailed on him I ended up paying over $6000 in emergency medical bills and took possession of him.  Others might have put him down, and he still has to wear that brace you see on his leg, but he is now happily one of the household.  Tucker says, “Add a fourth R for Rescue!”

Tucker says, “Make it count, to save the planet. Reduce, Reuse, Recycle!… and add a fourth R for Rescue!” 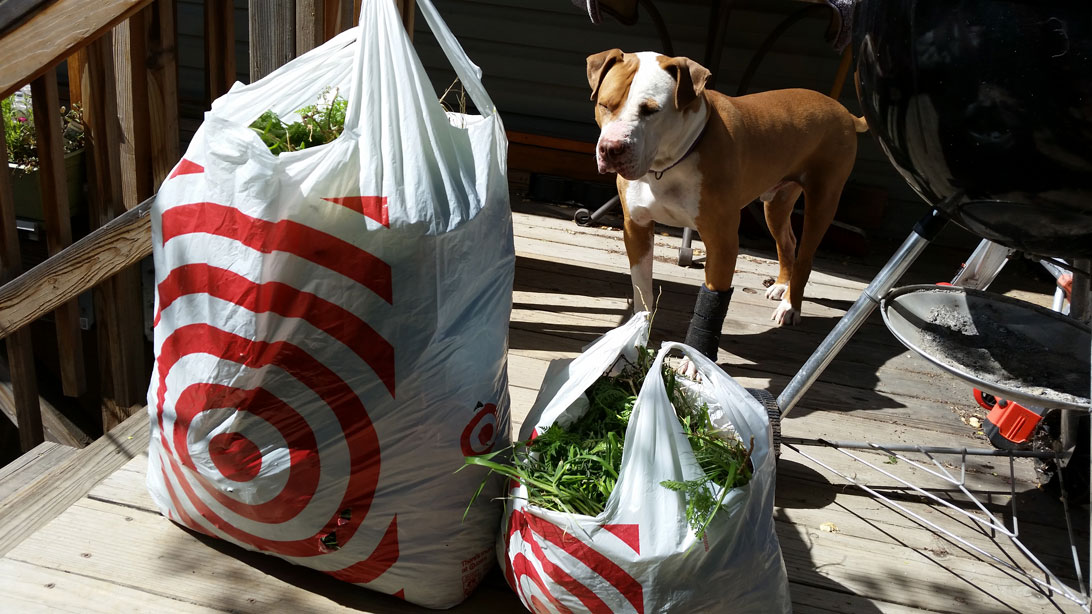